This hugely popular event saw two static spin bikes set up at six locations across the UK - Glasgow, Sellafield, Manchester, Milton Keynes, Wembley and Oxford Street – where Careys employees, were challenged to cycle the distance of Glasgow to London not once, not twice but six times during a 24-hour period - just a mere 685 miles to cover!

Such was the magnitude of the occasion the Careys team at our Glasgow office were joined by ex-Olympian, Philip Hindes MBE, a British track cyclist, specialising in sprints. Philip is a double Olympic champion having won the gold medal in the Men's team sprint at the 2012 Summer Olympics, and again at the 2016 Summer Olympics, so the level of competition was both high and intense!

The results are in, and the distance covered by each location, along with the top performer are as follows:

Thanks again to everyone who took part, donated, supported and joined in. Your ongoing support makes these events possible, and we are incredibly grateful to have marked Careys Foundation's 10th birthday with such a successful event. Overall monies raised currently stands at a massive £10,114 with donations still coming in. If you would like to donate, please visit our Just Giving page: https://www.justgiving.com/fundraising/spin2022 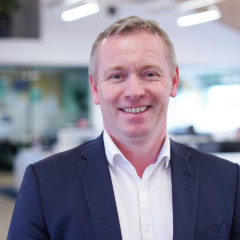